The membership of the Raleigh-Wake AAUW branch will hold its final meeting of the year at 5:15 PM on June 18. We traditionally take July and August off for evaluation of the previous year and planning of next year’s programs. 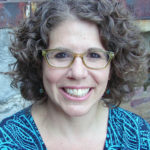 Our June program featured Rebecca Cerese who is the Health Engagement Coordinator for the NC Justice Center. Rebecca lead the six individuals in attendance through a very informative power point presentation sharing the basic premise of the Medicaid Expansion Option, the pros and cons to adopting it for North Carolina, and fielded questions from the group. On June 5th , there was a state-wide Vigil to highlight the importance of expanding Medicaid before our General Assembly retires its session. She stressed five important actions all of us can take: tell your story because every story matters; meet with your local representatives and check vote411.org if you do not know who they are; write a letter to the editor expressing your concerns; sign-up for action alerts from the NC Justice Center; and sign a petition at https://tinyurl.com/yxkcsyzq. 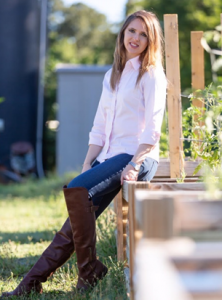 Here is a thumbnail sketch of our speaker’s curriculum vitae:
2007 Diploma from NC School of Science & Mathematics
2010 Elected Supervisor, Soil & Water Conservation District (SWCD) Board
2011 BA with High Honors in Political Science and Women’s & Gender Studies, NCSU
2015 Elected Vice Chair of the SWCD Board of Supervisors

A little more about Jenna Wadsworth:
She has been a strong advocate of environmental education, farmland preservation and local foods enhancement. She has entered into innovative programs with the Marines and the Navy to preserve open space and restrict development under vital military flight paths.
She keeps a heavy calendar of speaking engagements, finding time also to be managing partner of a political and fundraising consulting firm. She is running for North Carolina Commissioner of Agriculture in 2020.
We look forward to hearing our speaker describe her impressive career path and to learn more about her plans for North Carolina’s agricultural and political future.

The Dress for Success program 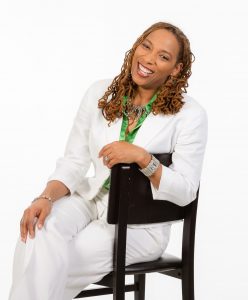 The mission of Dress for Success is to empower women to achieve economic independence by providing a network of support, professional attire, and development tools to help women thrive in work and in life.  Dr. White will share with us her vision of volunteerism and its importance in our communities and in our daily lives.

Shauntae Brown White, Ph.D. is an associate professor in the Department of Mass Communication at North Carolina Central University where she also serves as the coordinator of the Women’s & Gender Studies program.  She earned a B.A. in journalism from Howard University, an M.A. in Speech Communication from the University of Alabama, and a doctorate from the University of Kansas in Communication Studies.  Dr. White’s research focuses on media images of black women, the politics of hair in the African American community, and the negotiated roles of African American pastors’ wives. She has published multiple academic articles and is co-editor of the upcoming book, Being Mara Brock Akil: Television Representations of Black Womanhood.  She is also the author of several books including the devotional and bible study for Communication Matters: 31-Days to Speaking Life into Your Relationships and The First Lady: African American Pastors’ Wives in Their Own Voices.

Rep. Cynthia Ball of the North Carolina House of Representatives

In her second term in the NC House, Rep. Ball places as her top legislative priority strengthening public education in North Carolina.  To connect with her constituents on important issues, she has hosted Town Hall Forums on topics including public education, healthcare, and nonpartisan redistricting.

Since she began serving, Rep. Ball has sponsored or cosponsored 93 pieces of legislation including one signed into law by Governor Roy Cooper after passing both the House and Senate unanimously. In recognition of her leadership skills, she was elected by her peers to serve as a Democratic Whip in the 2019-20 Session. In her first term in 2017-18, she was one of the first two freshman legislators to ever receive the Legislative Excellence Award from the NC Police Benevolent Association, their highest award. Also in her first term, the NC League of Conservation Voters recognized her voting record on protecting our environment with their “Green Tie Award”.

We will celebrate our 110 year old branch in a brand new meeting space.  This location is our NEW HOME for 2019.

is proud to present the

Planning Staff for the City of Raleigh

for our January 15th Meeting

Presenters will be members of the Raleigh City Planning staff, who are busy anticipating details of the likely Impact of Demographic Change in our Region.

Who are we and who are we becoming? How will resource allocation change? Is there good news or bad–or both?

Currently, our city’s planners are focused on annexation programs, demographic data and their impact on the City of Raleigh as the upcoming 2020 U.S. Census approaches. 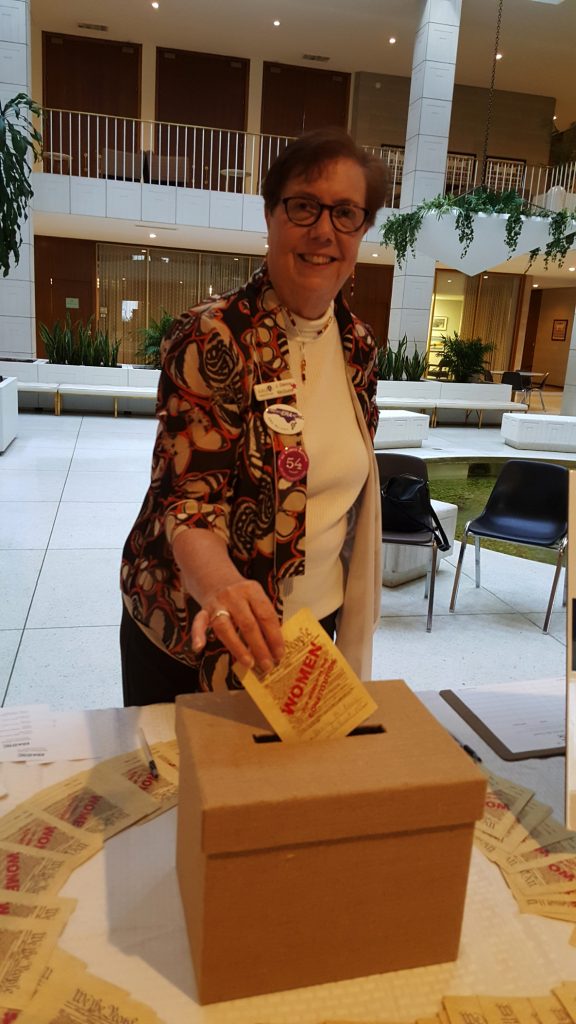 Q: Who knows what midterm election outcomes mean for women?
A: Our Public Policy Chair and Political Junkie–Denny McGuire!

Join us on December 18th at 5:15 for networking and a post-election analysis of what the outcomes will mean for women. As Public Policy Chair for AAUW-NC, Denny will also assess the alignment of NC with public policy priorities as outlined by our state and national organizations.

Who? Introducing our Speaker:
Denny McGuire long ago made NC her adoptive home. A career in state government gives her the perspective our state and local organizations have banked on to give direction to our public policy initiatives. She expends her energy as a volunteer to passing the ERA in NC, registering and educating voters and ending discrimination against women by insisting that our nation (one of the last in the world) pass CEDAW.

Raleigh-Wake County branch member Denny McGuire grew up in New Jersey and came to North Carolina to attend Elon College and like many others, stayed. Afterwards, she completed a Master’s Degree in Public Administration at UNC-Chapel Hill and accepted a position in state government, serving more than 40 years in inter-governmental relations, public policy and technology. She retired in 2015.
Denny has been involved with AAUW for approximately 15 years on both the local and state levels. Raleigh-Wake County is her primary branch and she is also a member of the Tar Heel Branch (a statewide virtual membership group).
Denny is one our esteemed Past Branch Presidents. Other leadership roles included her service as state AAUW Treasurer and now Co-Chair for State Public Policy. Her involvement with AAUW has led to collaborations with several other women’s organizations in NC. Representing AAUW NC, she served on the initial board of the ERA-NC Alliance. Recently she accepted a position on the board of that same alliance, worked on voter education and registration, and served on the coordinating Committee for Cities for CEDAW (Convention on the Elimination of All Forms of Discrimination Against Women). Her public service also includes involvement with both Raleigh NOW and NC Women United.
When not doing volunteer work, Denny loves to read and travel. She has lived in Wake County for many years, residing first in Raleigh and now in Wake Forest, NC.

5:30 pm        Post-election analysis and discussion of impact on women in NC

Due to uncertain weather conditions, our September meeting is cancelled.

is proud to present the speakers for our

Janine Kossen , a lawyer and Associate Director the Women’s Center, will present an overview of their program under the auspices of the Office of Institutional Equality and Diversity  at the NC State University Women’s Center.  Dr. Laura Bottomley is the Director of Women in Engineering and directs The Engineering Place for K-20 Outreach at North Carolina State University, and she will speak about STEM. 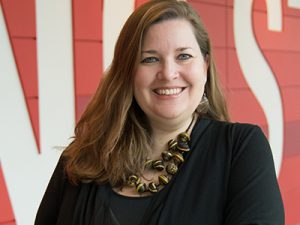 As the Associate Director of the NCSU Women’s Center, Janine Kossen’s work focuses on interpersonal violence services, including prevention efforts, programming and outreach, student leadership development, partnership and collaboration, as well as direct advocacy services for students. As a lawyer and public health professional, Janine specializes in racial, social, and reproductive justice, sexual health, international human rights, and public policy and advocacy. A self-described political nerd and policy wonk, Janine is also known for her competitive spirit and her unquenchable thirst for travel and exploration. 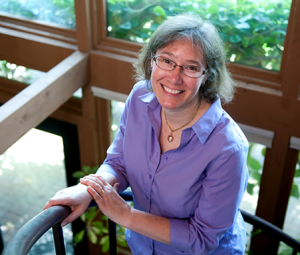 In 2009 Dr. Bottomley was selected for a Presidential Award for Excellence in Mathematics, Science and Engineering Mentoring by the White House Office of Science and Technology Policy and also by the Educational Activities Board of the IEEE for an Informal Education Award. She was also inducted into the YWCA Academy of Women in 2008 for her contributions to eliminating racism and empowering women. In 2014 she was named a Fellow of the American Society for Engineering Education and in 2015, a Fellow of the IEEE. She is featured in a Chevron commercial called Doing Good with STEM.  Bottomley received her bachelor’s and master’s degrees in electrical engineering from Virginia Tech in 1984 and 1985, respectively. She received her Ph.D. in electrical engineering from NC State in 1992. She has previously worked at AT&T Bell Labs on ISDN standards and Duke University teaching classes and directing a lab in the electrical engineering department.

is proud to present as speaker at our 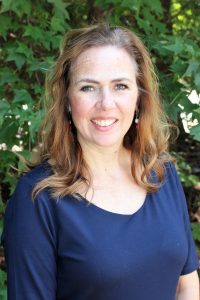 Lynn will present a legislative update on public education in NC. This will include a summary of changes made in recent years and a summary of what is being monitored during the short session which began on May 16th.

Lynn Edmonds is Outreach Coordinator for Public Schools First NC.  She has worked in public education advocacy for 9 years, first as a volunteer and then with Public Schools First NC beginning in 2013.  Lynn graduated with an associate’s degree from Peace College, now William Peace University in Raleigh.  She has served on multiple PTA and civic boards, including her current at-large position on the Wake County Board of Library Commissioners.  A native North Carolinian, Lynn and her husband attended and graduated from Durham Public Schools.  They have two children who both attended Wake County public schools.  For fun, she enjoys frequent trips to Ocean Isle Beach and knitting.